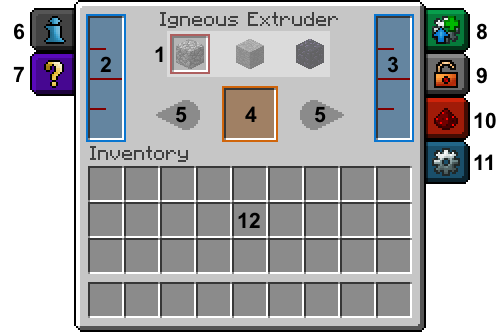 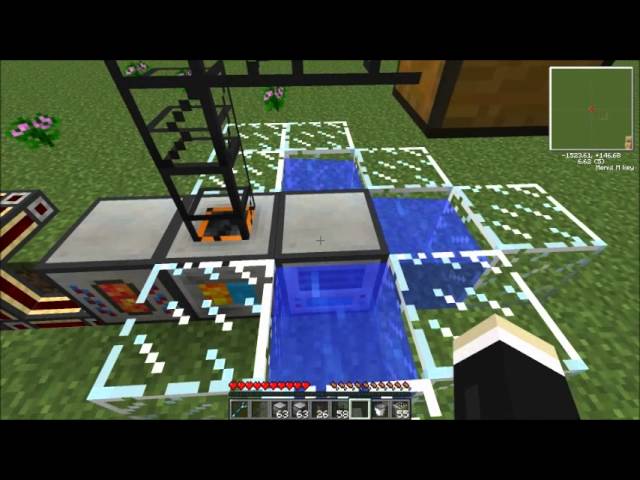 Buckets, cans,capsules or cells of water and lava may be placed into the orange slot to fill the machine, or you may also right click with one before entering the GUI to fill up the machine. BuildCraft pipes, RedPower pipes, Liquiducts and attached machines with powered liquid output can also be used to fill the extruder.

The Igneous Extruder is a Thermal Expansion machine that uses lava and water to make cobblestone, obsidian and stone. It has two inputs and one output. One bucket of lava and one bucket of water is required for the machine to work.

Buckets, cans,capsules or cells of water and lava may be used to fill the machine by right clicking - any container but a bucket will be consumed in the process. Prior to 2.2.1, filling was accomplished by placing the item inside the Extruder"s interface. BuildCraft Pipes, RedPower pipes, Liquiducts and attached machines with powered liquid output can also be used to fill the Extruder. 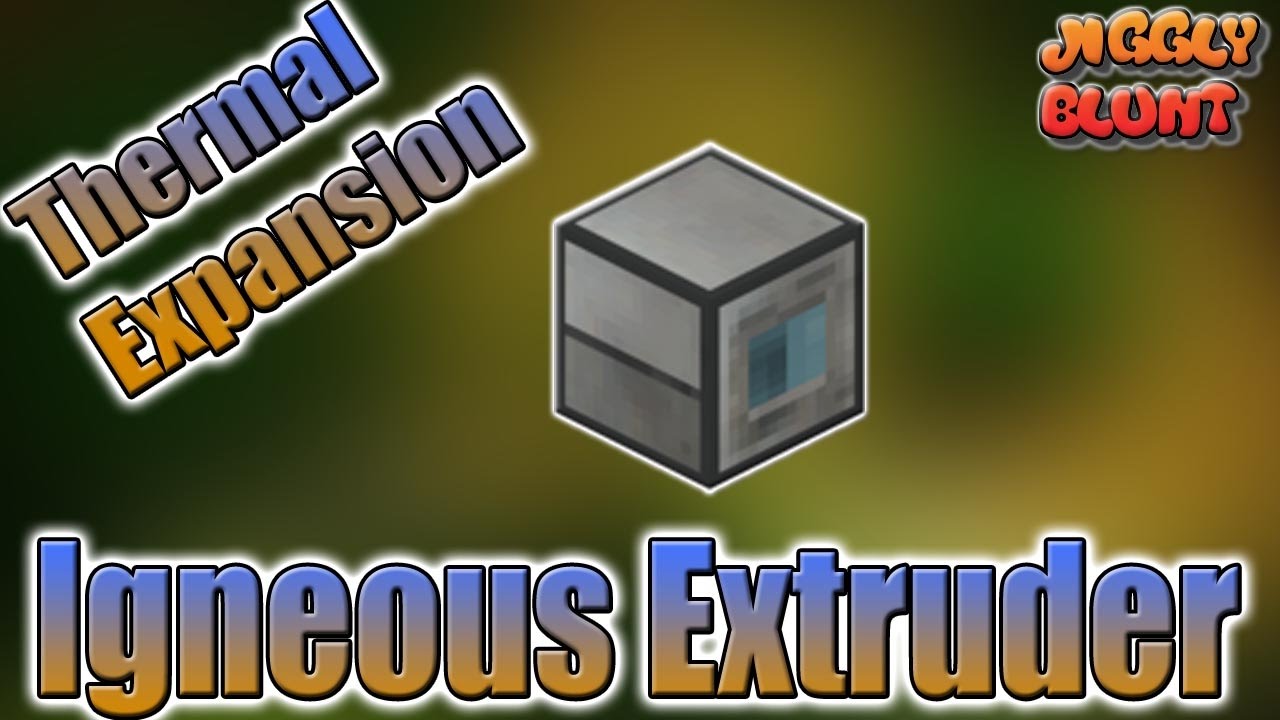 The Igneous Extruder is one of the Machines added by Thermal Expansion. It mixes Water and Lava into different types of igneous rock: Cobblestone, Stone and Obsidian. This is one of the few Machines that doesn"t use Redstone Flux.

The different sides of the Igneous Extruder correspond to different color-coded slots and tanks in its GUI. These sides can be identified by color-coded openings in the sides of the Extruder. This is used for handling input and output with ducts/pipes/conduits/tubes, other Machines and other types of inventories and/or fluid tanks.

If the Integrated Modular Framework Augment is installed, this feature of the Igneous Extruder can be configured. Some things can be inserted from any side.

If the Integrated Servo Mechanism Augment is installed, output items are automatically ejected from the corresponding sides of the Igneous Extruder, evenly divided between the available outputs.

The Igneous Extruder can mix Water and Lava into Cobblestone, Stone or Obsidian. These three possible products require different amounts of Water, Lava and time. The following table displays those amounts. 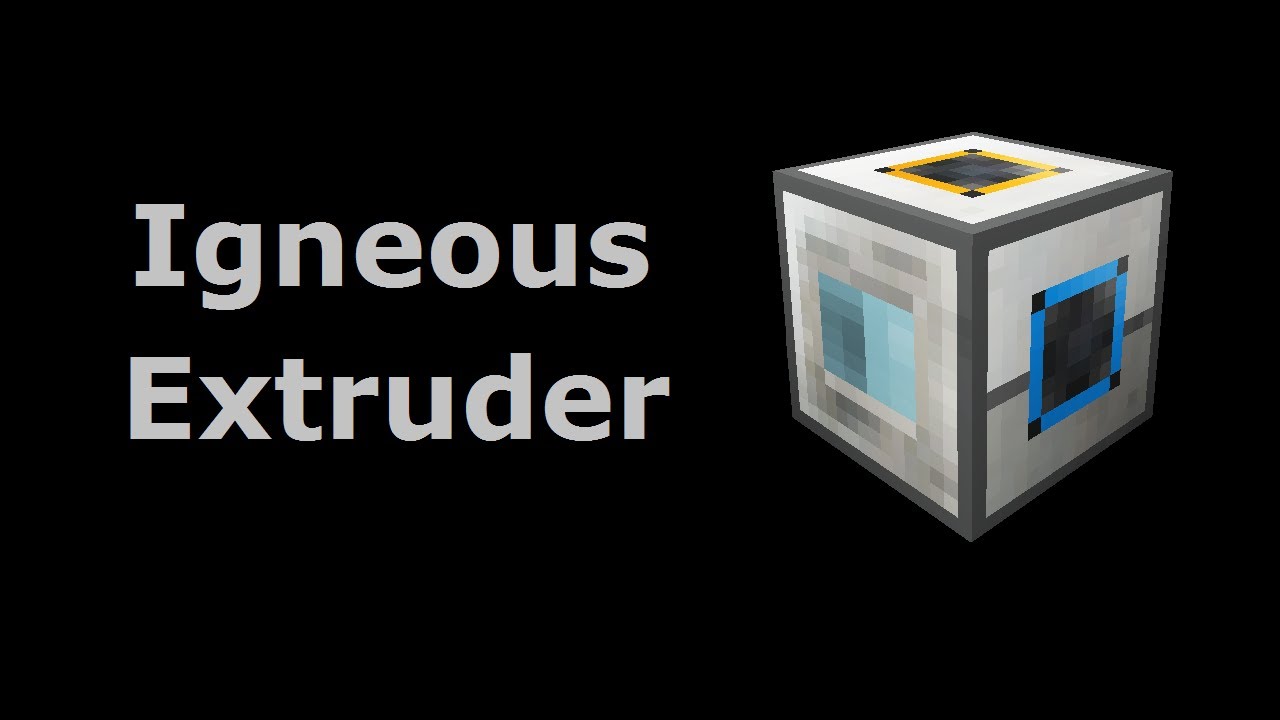 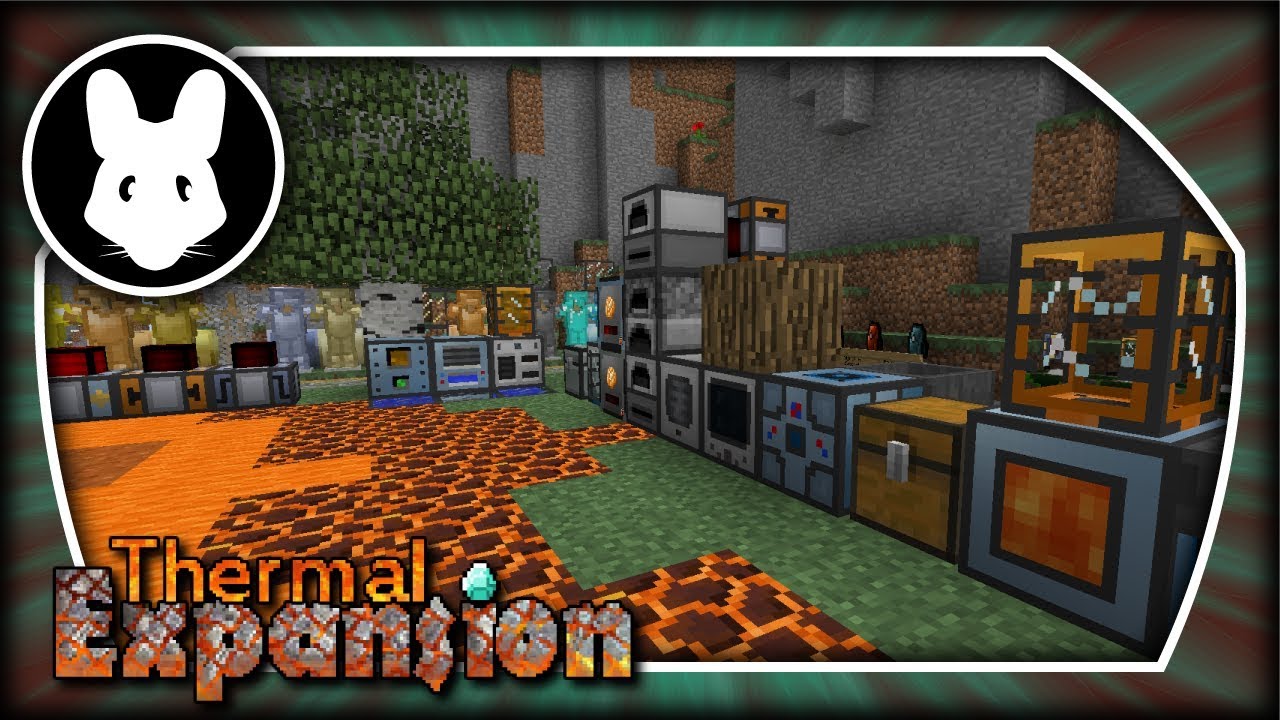 Extruding is a process that is commonly used in the manufacture of plastics. In graphite manufacturing, graphite powder is mixed with a binder, poured into a hopper, fed into the barrel of the extruder, and moved down the barrel to the die by a piston. After the shape exits the extruder, it is fired, impregnated, fired again, and graphitized at 2000o C or 3632o F. Extruding of graphite parts is very economical.